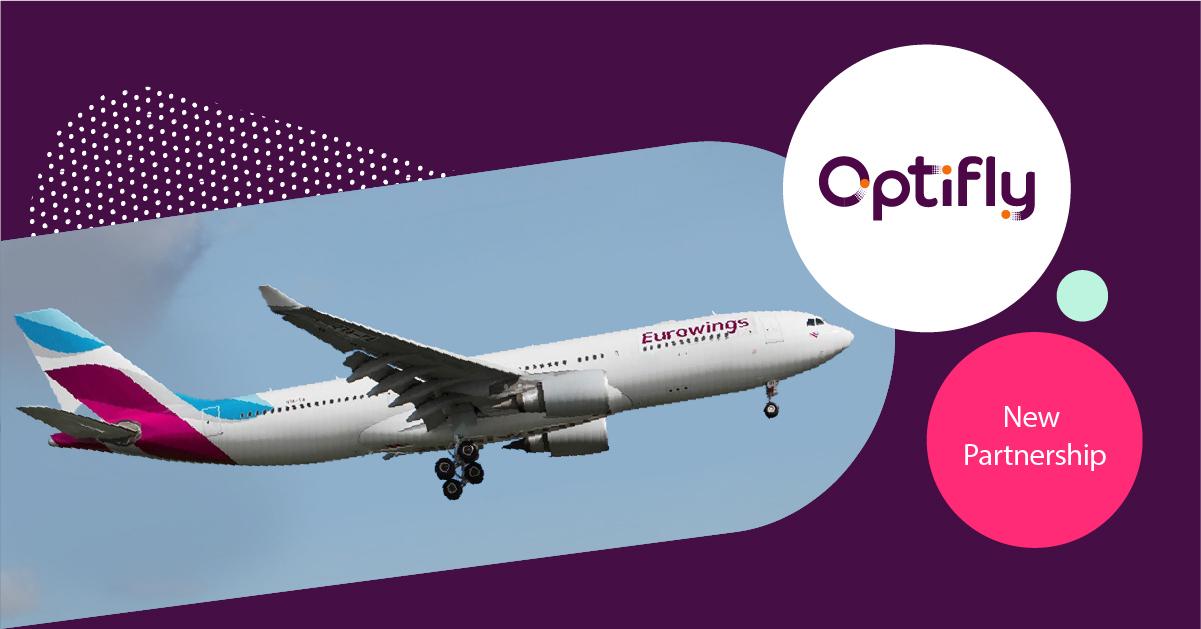 After an incredibly successful and extensive trial throughout 2022, Eurowings will leverage Optifly’s next-generation scheduling software across its entire fleet to increase utilization, helping Eurowings to lower its cost base and return to growth across Europe.

As an airline, Eurowings is looking to embrace emerging technologies to make changes to structures and processes that will increase the productivity of the fleet and staff as well as create competitive cost structures in all areas, Eurowings views Optifly as a key partner to help the airline achieve its ambitious targets.

The long-term partnership with Optifly will allow Eurowings to adopt smarter scheduling practices utilizing Artificial Intelligence (AI) so it can fly more sectors across its existing fleet.

Optifly will enable Eurowings to increase the utilization of their aircraft using their novel scheduling algorithms as was proven during the 2022 trial. Optifly’s clean sheet scheduling by convention is a new approach to airline scheduling where Eurowings can experiment with turning up and down dials on numerous different constraints to help build both a highly utilized schedule which is operationally reliable and maintenance compliant.

“The first time I saw a demo of the Optifly product I knew this was a game-changer. The increase in utilization from optimizing for additional seats or sectors, and the speed at which they build clean sheet schedules, minutes, are truly remarkable. This allows my teams to experiment with multiple different scenarios and better decide how to deploy our capacity.” Michael Haendel – Vice President Network Management and Airport Relations at Eurowings.

“We are delighted to be partnering with Eurowings, Europe’s leading value airline and have thoroughly enjoyed working alongside Michael Haendel and his teams since the beginning of the year. Optifly is a perfect fit for Eurowings as our product offers simplicity in purpose, lowering the cost per available seat kilometre by increasing the number of sectors each aircraft flies each day.” Steven Kearney – Chief Executive Officer at Optifly.